The seeds of Montessori education in Pakistan were sown even before it emerged as an independent state. This was when Dr. Maria Montessori first visited the Indian Subcontinent in 1939. Due to the Second World War she was constrained to stay here for seven years and thus the subcontinent benefited from her presence in this region. Dr. Montessori conducted many teachers training courses in different cities of India, the last being one at Karachi in 1946, and made those years most productive in the setting up of several Montessori schools and promoting the cause of the child before returning to Europe.

Mrs. Gool K. Minwalla was the pioneer of the Montessori Movement in Pakistan. She was one of the 345 students of the first teachers training course conducted by Dr. Maria Montessori in Kalekshetra, Adyar in 1939. She started her first Montessori House of Children in Karachi in 1941 which was recognised by AMI.

In 1949 she was instrumental in inviting Dr. Montessori to Pakistan.

The Second teachers training course was inaugurated by Mario Montessori senior in 1966. Since then, training courses have been conducted every year of which Mrs. Gool K. Minwalla was the Director of Training. She was assisted in the Training Courses by Mrs. Gul Rustamji, Mrs. Majida Sufi, Mrs. Arnawaz Dinshaw, Mrs. Arifa Saifee and Mrs. Farida Akbar.

In 1999, at the request of the Association Montessori Internationle, for the acadamic work of Pakistan Montessori Association, i.e. training of Training Teachers, a new body was to be formed which would conduct the AMI Training Courses in Pakistan. The Montessori Teachers Training Centre (MTTC) was thus established in 1999 and is governed by a Board of Governors. It is registered with the Government of Sindh under Section 42 of the Companies Ordinance of 1984 (XLVII of 1984).

The Pakistan Montessori Association continues to be an Affiliated Society of AMI propagating the Montessori Philosophy only.

From 1999 - 2018 the Training Courses has been conducted by the Montessori Teachers Training Centre - MTTC, under the Directorship of Mrs. Farida Akbar. 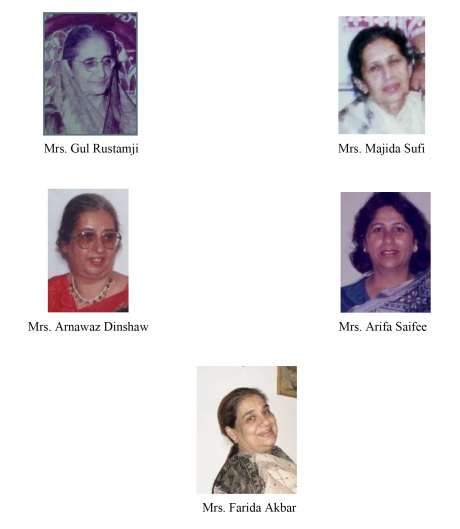